We had lots of fun this week at various fall activities & trick-or-treating!  We started the week off with a fall festival at church on Sunday.  The kids got to dress up in their costumes & there were carnival games and a train ride. 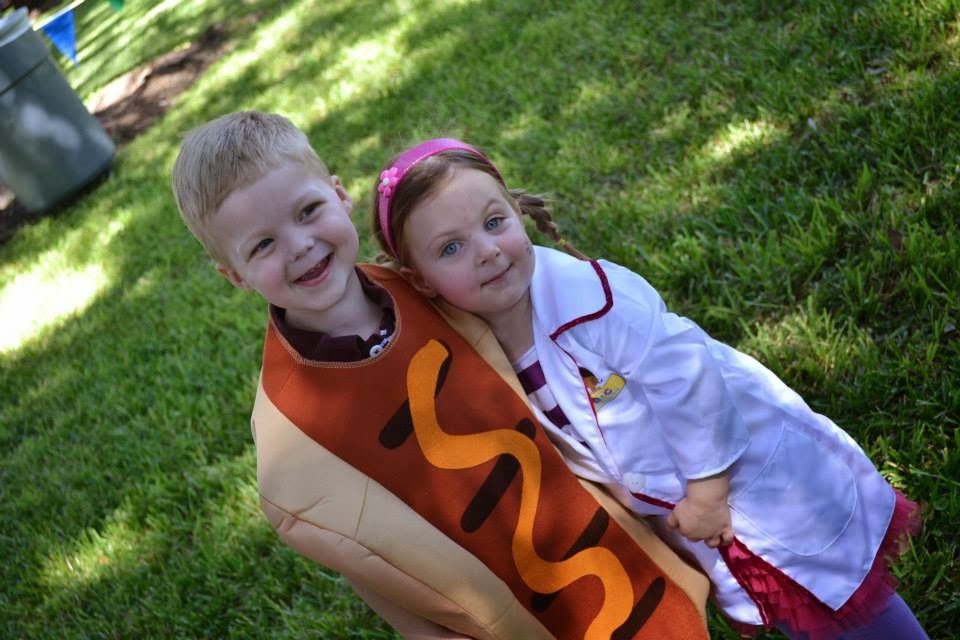 On Wednesday, we went to Dewberry Farms with the Mommy & Me group from church.  Although we didn't get to pick a pumpkin from the pumpkin patch (something was wrong with their pumpkins, apparently), we did get to slide on some fun slides, go on a train ride, see some animals & have lots of fun with friends!  Adley also spent some time trying to fix a broken tractor because she is "Doc Muffins" and she can "fix it up"! 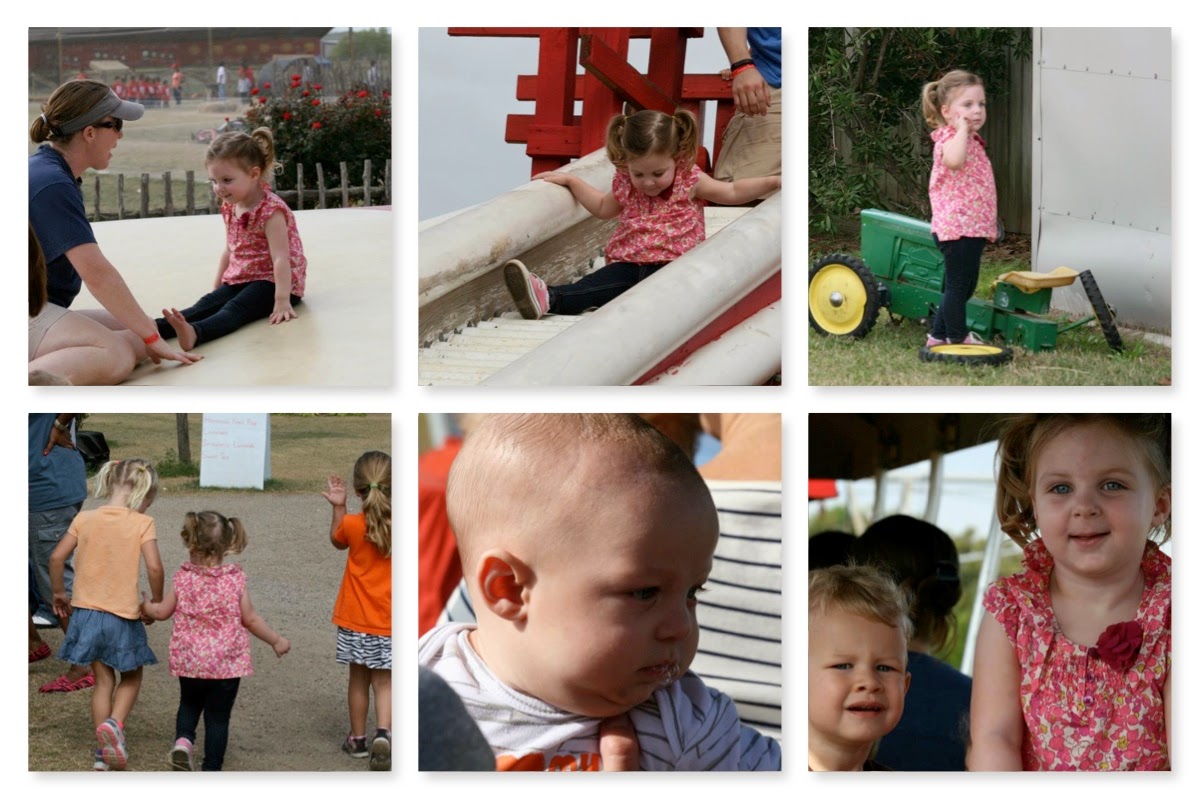 Thursday was the fall party at Adley's school.  It was low-key with cookies, fruit, and mini-cupcakes.  Adley's favorite part was handing out treats to her friends.  She would hand each one the treat and then say "Happy Halloween."  She thought giving out treats was pretty exciting! 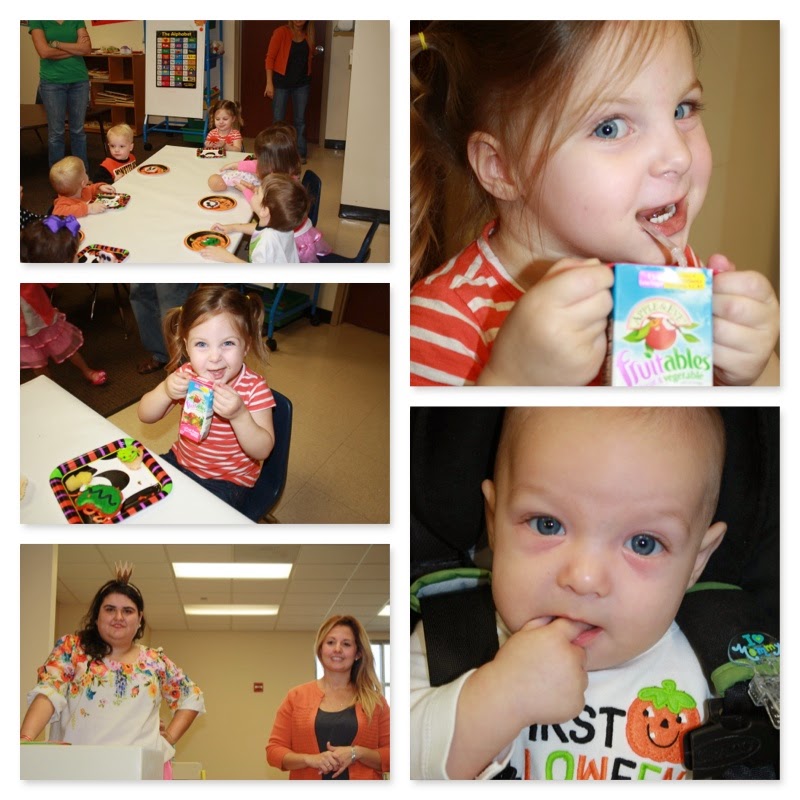 Adley absolutely loves her Doc McStuffins costume.  For quite awhile now, she has enjoyed giving anyone and everyone a "check-up" with her "doctors" (a Doc McStuffins doctor kit).  She loves playing with the stethoscope, "ear scope," and the "pressure," and giving people shots, so the costume choice was an easy one!   I let her dress up for a little while on Halloween morning so that we could take a few pictures of her in her costume before she was all hyped up & ready to go trick-or-treating.  She had lots of fun giving Lambie a check-up outside in the grass. 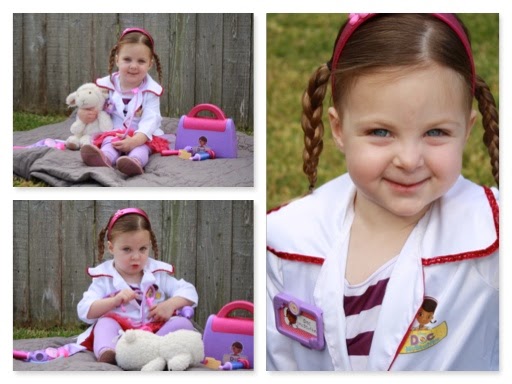 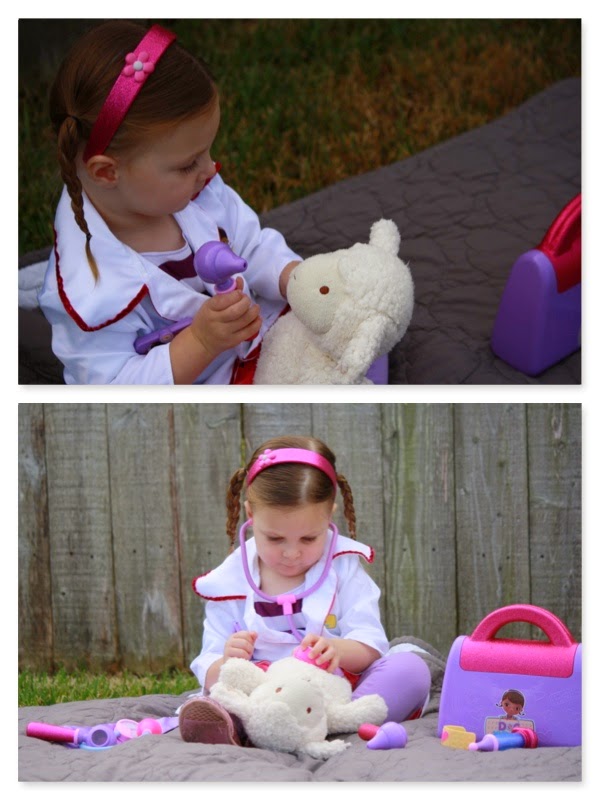 Hudson dressed up as a football player.  He was not too thrilled about the costume, but he tolerated it long enough to get a couple of pictures…and it kept him warm during a chilly night of watching Big Sister trick-or-treating! 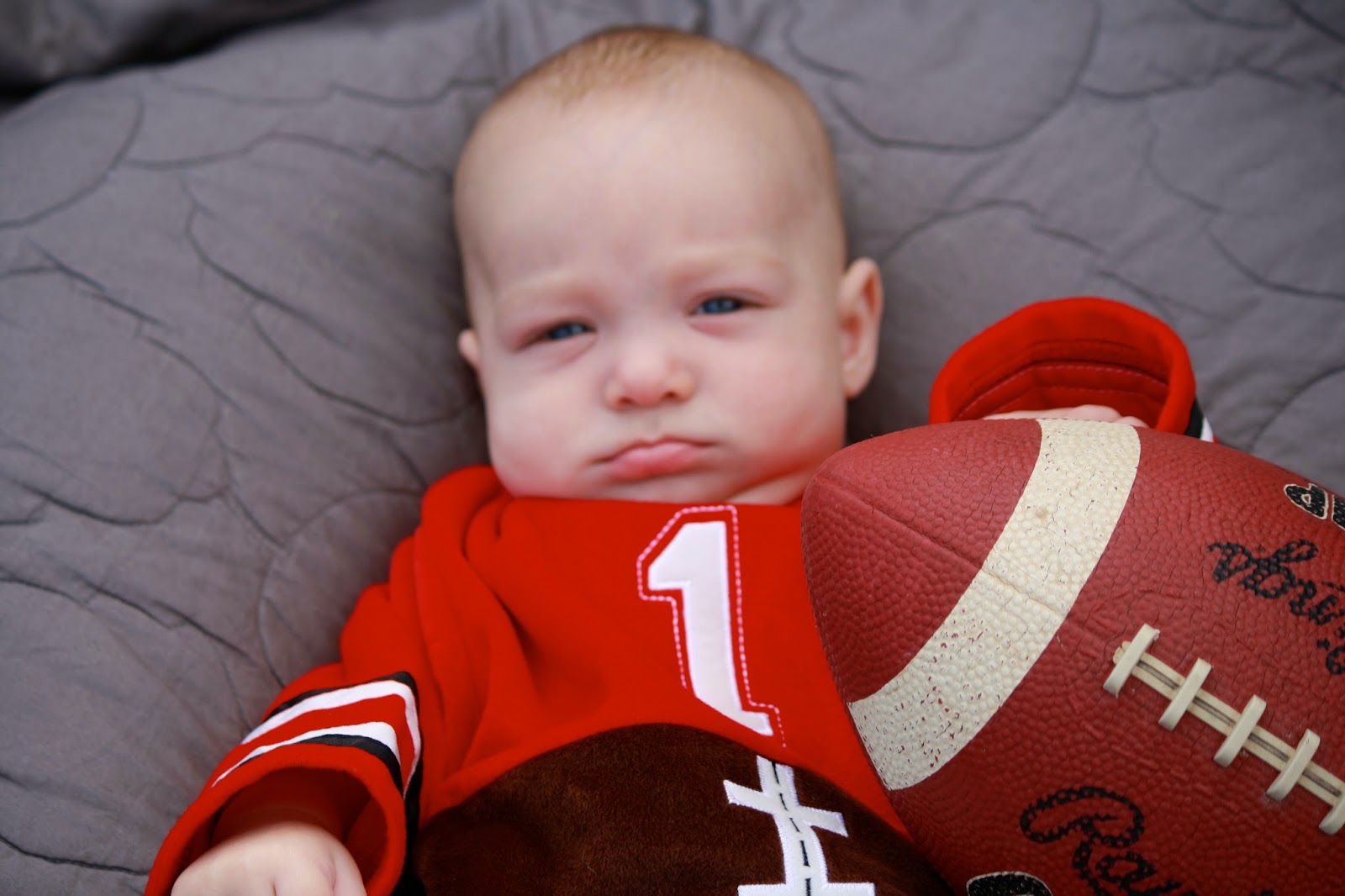 Our final celebration of the week was trick-or-treating on Friday night.  Adley could not wait to go…even though she didn't really even know what trick-or-treating was!  She quickly caught on though, and loved ringing doorbells & saying "Trick-or-treat" and "Happy Halloween."  Somewhere along the way, she started saying "Trick-or-treat" after they gave her candy.  When someone would open the door, she would say "Need more candy, please."  Several houses were playing music, and one house was all decked out with lights & people dressed up outside, so she had fun dancing to the festive Halloween music.  She also had a blast running from house to house with Ah-ha (Allie) and her friend Haley.  And although they couldn't get in on the trick-or-treat fun, Hudson & Emilia were still dressed up in super cute costumes! 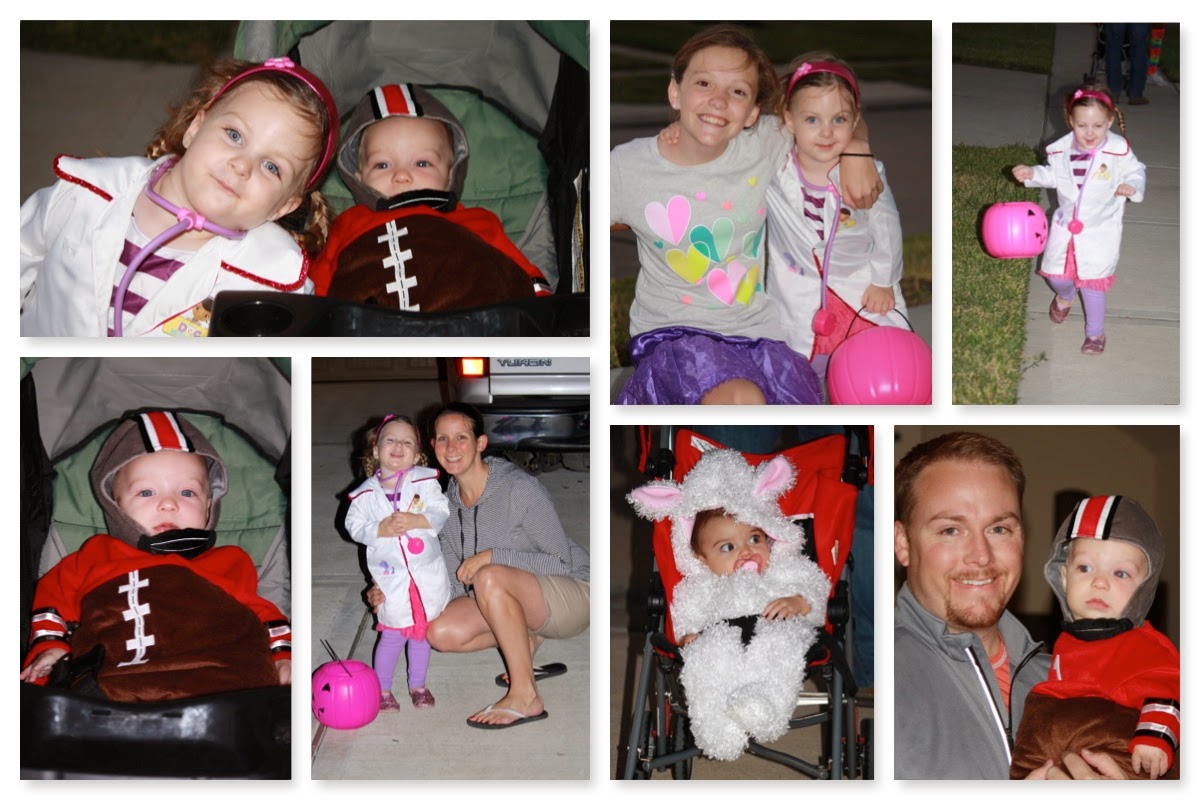